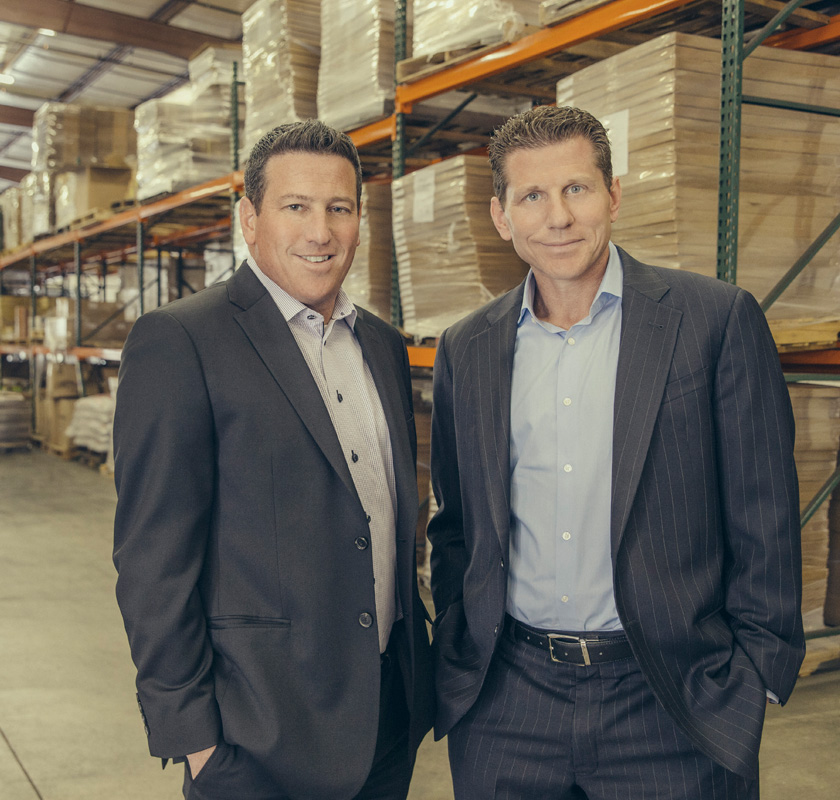 Lewis Gerber realized the American Dream. Born in Russia, he immigrated to the U.S. in the early 1900s, worked hard to earn a degree from The Wharton School of the University of Pennsylvania, then started a business that he built into a comfortable livelihood.

Lewis’ partner was his own son, Allen, who served his country and learned the lessons and values of the U.S. military. Through the 1970s and ‘80s, Allen and Lewis worked tirelessly to grow Provident’s customer base—and forge the company’s reputation as an honest, smart, and dependable provider of packaging supplies.

While the Flyers were winning Stanley Cups and the Phillies were raising championship pennants, Allen’s sons Jimmy and Adam had a front row seat for their father’s and grandfather’s hard work and success.

Since its inception in 1967, Provident Packaging had become a force of its own. Satisfied customers were the name of the game, and while Lewis and Allen hustled to constantly exceed expectations, Jimmy and Adam absorbed the lessons about how to compete, earn people’s trust, and win.

Members of the Gerber family have made a living in the packaging business for nearly a half century.  Our team may not all be related, but they’re about as close as you can get to family.

Led by Jimmy and Adam, the third generation to helm the Provident family business, the Gerber brothers are still excited about coming to work every day.  There’s a passion for carrying the family business forward—and an enthusiasm just as strong for helping customers that have put their trust in Provident.

Both current owners have done every job there is to do at Provident.  “I would never ask anyone to do anything I wouldn’t do myself—drive trucks, unload them, sweep, shovel…”  In fact, one of the company’s largest and longest-tenured customers was first found by Adam, on a cold call with his uncle, going back a couple dozen years.  Times change, of course, just as people’s day-to-day responsibilities evolve.  But the fundamentals of human relationships are largely what they were in 1967.

Today, Provident’s packaging supplies move everything from advanced hydraulic motors and electronic devices to cheesesteak meat and soda lids.  It may sound trite, but they’re all important to us.  That’s part of the values instilled by the brothers’ dad, and his dad.